We’re 36C3’s Resilience and Sustainability content team and want to show you just our bit of work that helped making this year’s Fahrplan as amazing as it has turned out.

Our team consists of hackers and scientists, tinkerers and PhDs and was formed for 34C3 when we felt that the conference was developing a blind spot between complete destruction of all the IT things and the fascinations for the resulting apocalypse. We wanted to give a stage to new and shiny useful technology for a better and more resilient world – with actual prototypes!

This year’s motto “resource exhaustion” added a perspective on sustainability to the track – even though the term is rather overloaded. There’s a plethora of conferences selling you on the most recent hypes about how machine learning, crypto currencies and the cloud will save the world, but we think that it is in the spirit of this community to question everything, think and focus on technology that will last for much longer – both physically and from a software engineering point of view. We found it fitting to see how the existing resources can be used and reused, who’s building resilient technologies that can help people in emergencies, oppressive regimes or off-grid situations, and – in a broader scope – how can we build the systems of the future not riddled by the problems of our generation.

Along the way, we hope we can make software developers think about the impact of their busy-looping JS, bad communication patterns and faulty software architecture – all of which are  significantly contributing to climate change.

The concept of resilience itself – especially combined with sustainability – is rather interdisciplinary, part hacking and making, part science and politics. This puts us in competition with other track teams trying to catch the most interesting lectures for a given subject, but also allowed us to trade slots with those teams as well, once we were running out of our allotted time budget. ;)

Next year, we hope to collect the “haveyoursay” feedback much earlier so we can incorporate your feedback and follow your suggestions for valuable speakers and topics.

While we were quite pleased with the submissions we found once CfP kicked off, our curation process started way earlier: Reflecting on feedback we received after 35C3, we came together in IRC and RL, brainstormed about interesting projects we heard about in the past year, thought about relevant topics and identified speakers worth having.

Even then, the speakers we “invited” still had to go through our rigorous curation process. After all, our team received a total of 74 lecture submissions and had to narrow them down into only 15 hours (in 18 lectures) of 36C3 programme. We vetted each submitter, trying to make sense of their submission, read their papers, ask and answer questions and spend the remaining time meeting and coordinating with all the other track teams, before finally writing this blog post! If we add up all the time spent preparing our 18 lecture foot steps in the Fahrplan, we’re looking at one or two weeks full time work for each of us.

In the end we’re quite proud of the topics we could cover this year. Of course, we’re still not short of topics to cover next year :-) It’s time for more critical reflection of wastefulness within the computer nerd scene and how we can minimise the environmental impact of our C3s and Camps in the years to come. 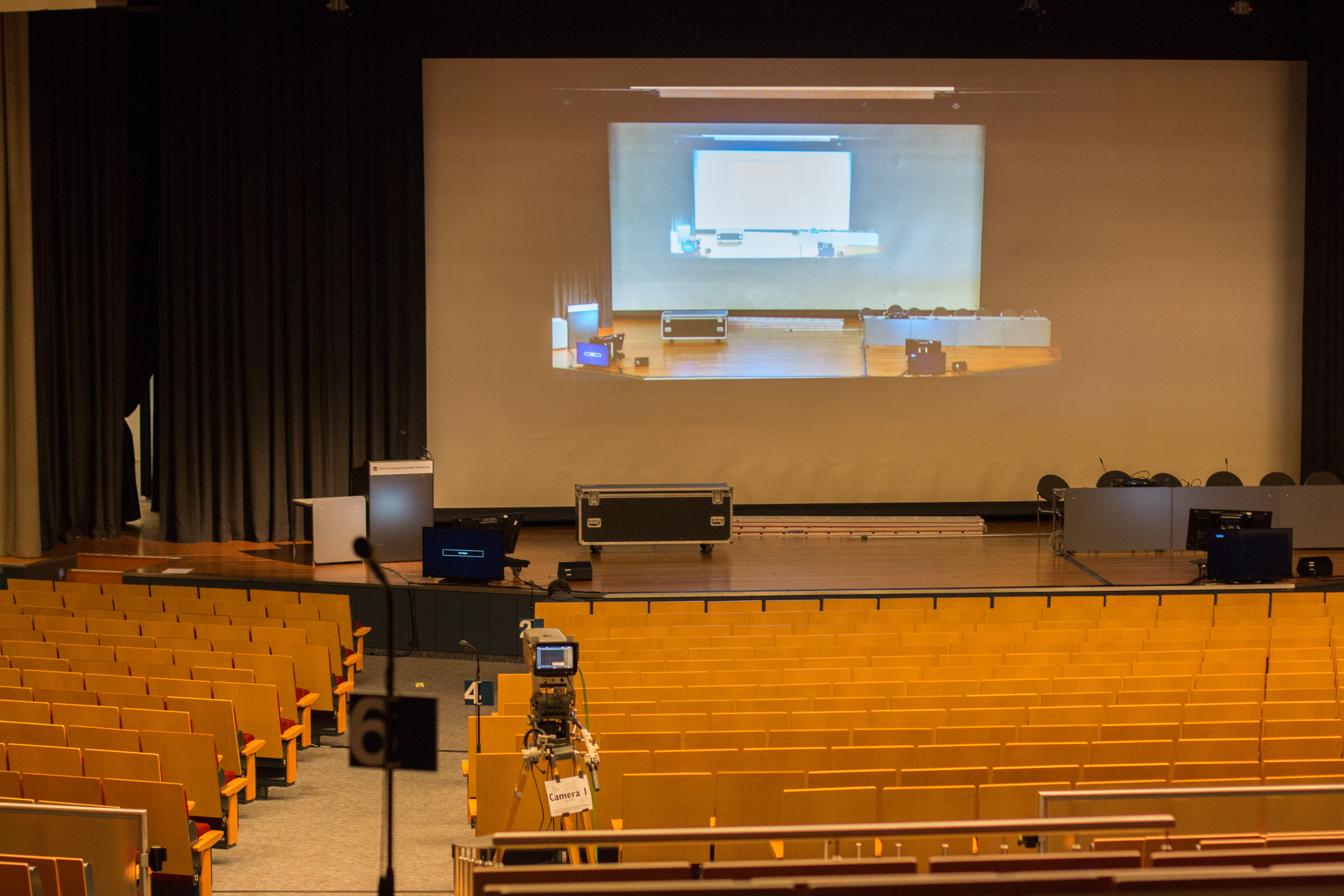 Last Sunday at midnight the submission period for our Call for Participation ended. The last submission, by a Swiss, landed just in time at 23:59:20 UTC. Our content curation teams will now use the next two weeks to review, rate, sort, and ultimately decide on a large number of submissions. We intend to inform all submitters on November 11th on whether we found a place for them in our Fahrplan.

At the time of our coordination meeting on Sunday there were 690 pending submissions in our system. To put this into perspective: If you would want to just spend a minute to review them all, you would be busy for eleven and a half hours. Another way to look at the numbers is that nearly five percent of 36C3 participants have applied to present a lecture!

Among these submissions the most popular tracks are “Ethics, Society & Politics” with 237, the “Security” track having 194 and the “Science” track seeing 82 submissions.

The following table contrasts the numbers of submissions this year with the numbers of lectures accepted for 35C3. This means that (assuming a similar amount of lectures this year), some teams have to reject 82 percent of their submissions, sometimes heartbreakingly so. The sheer range and creativity of the submissions left us deeply impressed with the energy and wisdom that is sparkling within our community. All without us offering a single cent of speaking fees.

To complicate things further: You gave us valuable feedback on our haveyoursay interface, which helped us identify important issues not yet covered by submissions. Of the over 2,000 comments you sent us, around a third was constructive and helpful, with some of them pointing to things other than the conference program where 36C3 could improve. So in addition of the submissions already in frab, some of this year’s content will be filled by invitations by our content curators.

What this all means: Each lecture that makes it into this year’s Fahrplan has prevailed against tough competition and each presenter we could not accept to the conference can be sure that they belong to a group of high quality submissions that had to be turned down solely due to time constraints. We simply do not have more than four days and five stages. With all high quality rejections alone we easily could fill two more conferences. And while our teams often try to explain their decisions together with their rejections, the overwhelming number of submissions makes answering each and everyone of them a time consuming effort. Also, as stated above, the most common reason not to accept a lecture is the simple lack of space in our Fahrplan. So if you receive a rejection email with that reason, please don’t take it as a cheap excuse.

But who are those in charge of selecting 36C3 content? At the moment, lectures are curated by six teams with three to ten main curators and an extended set of reviewers – all in all around sixty people now eagerly working through all those submissions. Some of them have introduced themselves in this blog in the past.

Some team members have introduced themselves on their social media accounts and actively work on encouraging potential speakers to submit (just monitor #36c3 to find out who they are), while others prefer to just help anonymously. And a lot of work is needed: Starting even during CfP submission periods, around 250 lectures needed to be fixed up, their durations, event type or tracks corrected, questions answered by email, co-speakers manually added, and typos corrected. With those bureaucratic nuisances out of the way, all submission now have the best chance to shine by their merits.

Over the next two weeks, our curators will now have to dive into the actual details: analyse the substance, verify claims made in the submissions, clustering them by rough topics, researching presenters regarding their expertise and ability to present – and to verify they do not accidentally invite PR drones, intelligence service, or military personnel on stage. So if you see storms of visitors on your social (business) media accounts, just smile and wave at our curation teams. ;)

Our teams are made up of experts in their respective fields, sometimes working in their domains for decades, who can tap into their vast networks to help estimate a submitter’s history. We want the speakers to present their own work, we want them to present for their enthusiasm for the topic, not money. We want them to be role models, not rock stars. So it is important that our teams find out who the speakers have been working for in the past, where they have presented and how that turned out, and if the conduct in their communities might raise objections to having them on our stages.

In the end we need to find a balance between novelty and community traditions, presentation skills and domain knowledge, entertainment value and soundness, allowing newcomers and tapping into weathered experts, presenting utopists and realists, as well as topics with global impact and niche expertise we think will be important soon.

With so many knobs to turn, we know it’s impossible not to be disappointed with the outcome of certain promising choices, and in the end each 36C3 participant brings a slightly different set of interests, so it might very well be that you find parts of the Fahrplan uninteresting and some lectures worth being replaced with others that you might find more interesting. But keep in mind, there are 16,000 other attendees who might disagree.

One last thing: While the content teams curating the main stages have the longest traditions, they’re by far not the only teams working on content presented at 36C3: As usual there will be self-organised lightning talks, which you can submit at https://c3lt.de/ once its 36C3 section is live. Also there are at least three decentralised stages at 36C3 assemblies that await your submission now: Chaos West will be running a stage at their asssembly, you can submit to here https://fahrplan.chaos-west.de/36c3/cfp, the Freifunk community has kicked off their CfP here https://talks.oio.social/36c3-oio/cfp and, last but not least, ChaosZone just opened theirs as well https://cfp.chaoszone.cz/36c3/cfp.

Oh, and one more thing: If the stars align just right, this year there might be a Hacker Jeopardy again! 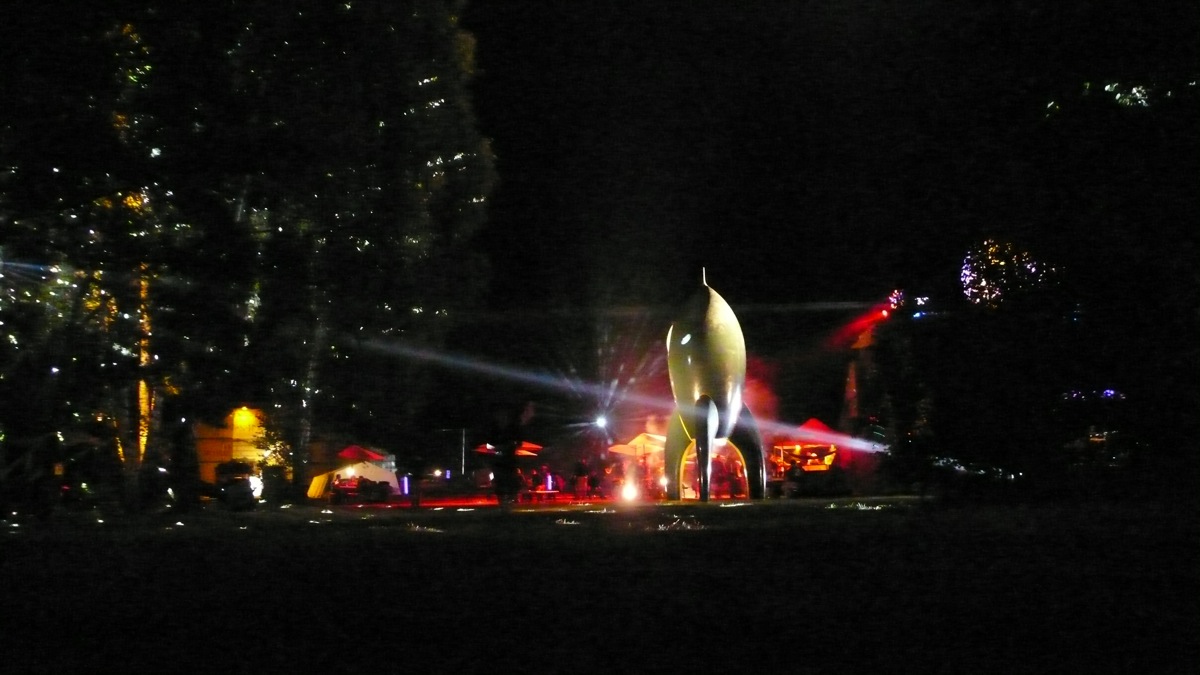 There is an English version of this Call for Participation.

Use humour, humour is a great weapon. As I said: No more knee-jerk reactions, but… it’s better to give people one good laugh than to give them a completely predictable piece of activist reaction three or five times […]. Anything that is unexpected, that sort of makes people trip over their own minds. 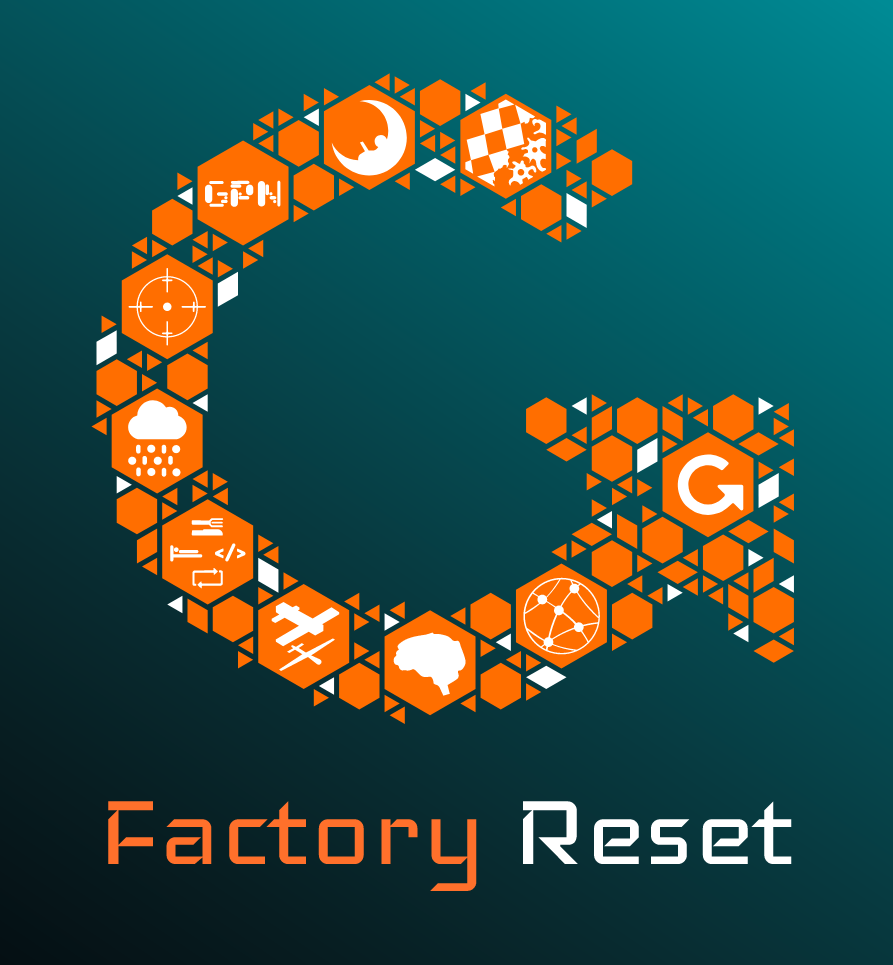