The matching of participants will work in a somewhat “queer” manner: instead of the usual boy-meets-girl, everyone gets to know everyone, no matter the sex or sexual orientation. We want to facilitate romantic/sexual as well as non-romantic/non-sexual contact interests, so that speed dating someone outside of the target sex of one's sexual orientation won't be a waste of time either.

Source code and example output for the speed dating software can be found at <http://news.dieweltistgarnichtso.net/bin/speeddating.html>. 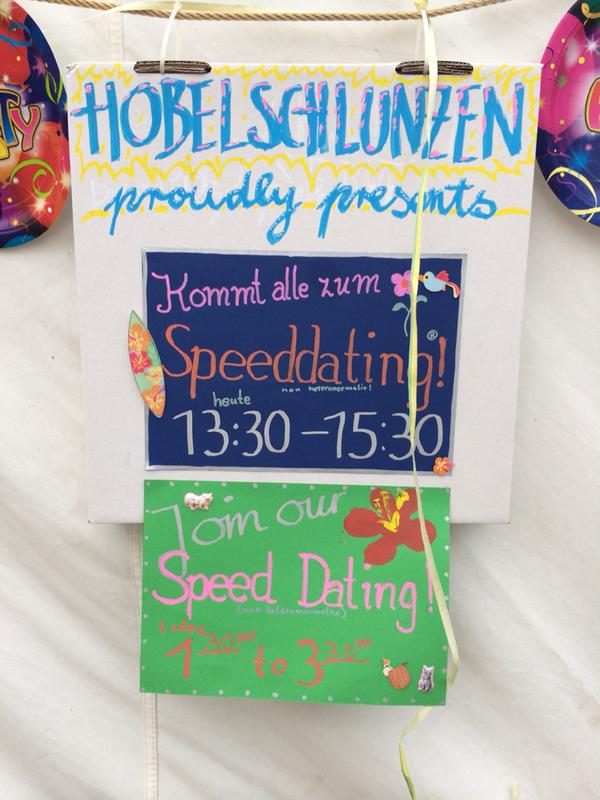 The earliest speed dating session will take place at day zero (August 12th) from ~ 1.30pm to 3.30pm. Be there at the Hobelschlunzen village (corner Al-Khwarizmi Alley / Dijkstra's Shortest Path, map grid quadrant P8?) at 1.30pm to participate and get to know people!