From 34C3_Wiki
Jump to: navigation, search 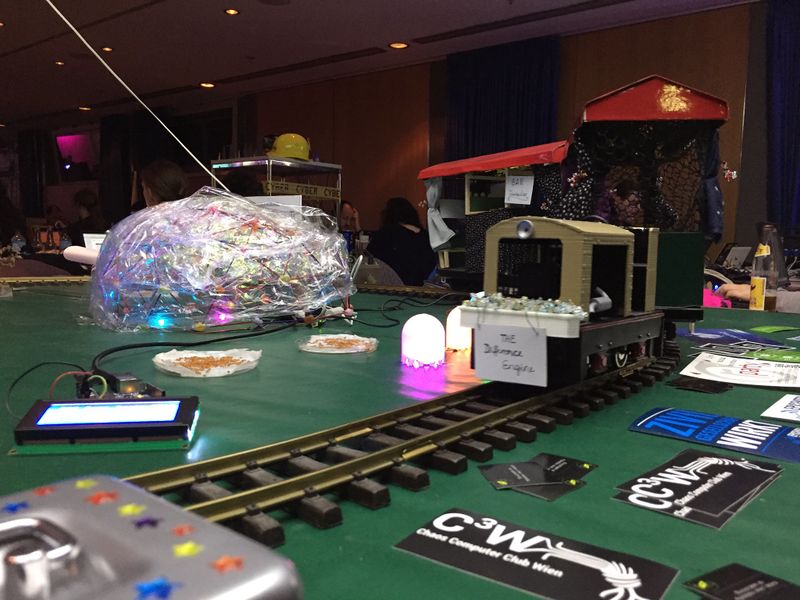 It all began at Chaos Communication Camp 2015 at Ziegeleipark Mildenberg. Since the end of 19th century the place was used to produce bricks until 1991. The place is now an industry museum and informs tourists about the „Zehdenicker Ziegeltradition“.

For the transport of the bricks several field trains were used. Most of the tracks, engines and carriages are still kept in good shape. Tourists can explore the terrain while sitting in an original „Tonlorenbahn“.

During Chaos Communication Camp 2015 the trains were also in use. But it not only transported people around the terrain, it was also decorated. Some camp guests installed a bar and a ball pit on the train. The engine got decorated with golden first aid blankets, flowers and other green stuff. The train – now called Trainquilizer – also got its own twitter account.

The c3troc (Train Operation Center) is powered by the Difference Engine and includes a ball pit car and a bar waggon as already shown at 33C3 and SHA Camp 2017. There are several new decoration items in the making and we hope to have more space for a bigger rail system.