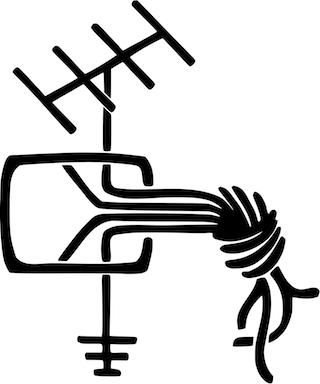 We will set up antennas on the rooftop of the CCH and transceivers at a table inside the building. You can use some of the equipment brought by other members of the assembly or bring your own equipment! Especially if you built your own antennas, transceivers or software for special purposes. There will be soldering irons and a lot of electronic equipment (and if not at that table, somewhere else in the building will be exactly that one transistor you just need). There is a checklist of our equipment we will bring and use at 31C3.

We can set up a club station with a fancy callsign (either DA0CCC or DK0CCC), which is well tested during several contests – everyone on the world will listen up, when there is a Charly Charly Charly station calling! And some of the participants own an educational callsign, so that even interested people can do their first chat on a ham radio frequency.

It would be great to work with different Digimodes and having QSOs with operators from all over the world without using the Internet. Or, let's set up a QRP WSPR station with a Raspberry Pi.

The place will also be used for workshops. This can be basic explanations about Ham Radio or using a transceiver. Or even more extended topics on your pet project. If you think, your workshop fits best in this location, just leave a note.

There are some ideas for projects we can do during 31C3. This is just a list, which can be extended with your own project: