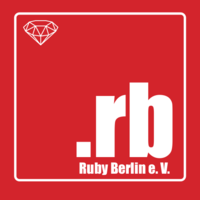 Interested in Ruby? Attended Rails Girls but then lost track of other Rubyists? Come by!

We're Ruby Berlin e.V. – an organisation hosting and supporting events around the Ruby programming language in Germany. At 31C3 we want to gather Rails Girls, local user groups as well as all individuals interested in Ruby at an assembly and create a welcoming home base to hang around, hack on projects and get to know other Rubyists.