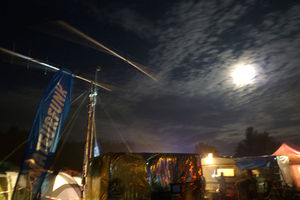 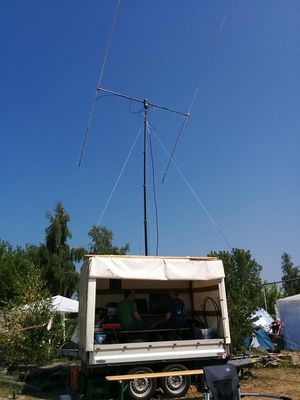 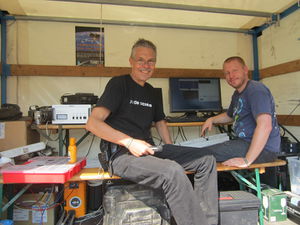 We are not the first people doing EME, so we're fairly sure we won't blow up the moon (we're not using any really strong lasers).

Project Moonbounce is a Project done by the members of MetaFunk, the Amateur-radio group of the Vienna-based hackerspace Metalab, in cooperation with Chaoswelle. It is a part of Village:LeiwandVille.

Most EME communications are on the 2 meter (144-146MHz ITU region 1) amateur radio band.

We will be using two horizontally stacked 5m long yagi antennas on an about 8m high antenna mast. We are using a 2m high-power linear power amplifier for transmitting and a low noise amplifier (LNA) to amplify the received signals.