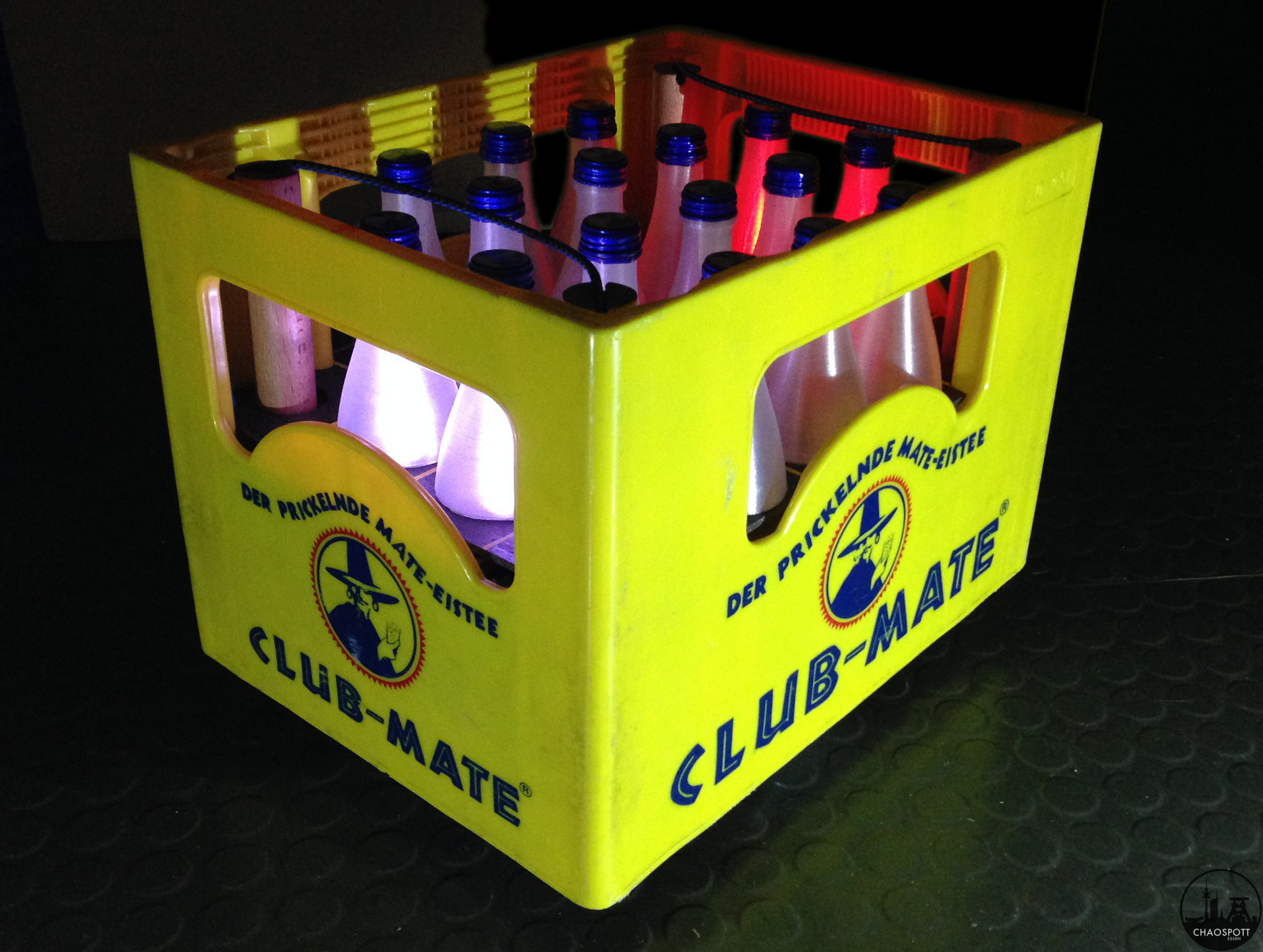 The driving Mate-crate features two 6"-Hoverboard hub motors controlled by one VESC each and a 10S lipo battery pack with 5000 mAh.

You can find lots of driving beer crates over the net, often powered by petrol engines. Inspired by these crates we wanted to build our own, however we wanted it to be electrically powered.

How it was done

Seeing more and more "Smart-Balance-Scooters" or "Hoverboards" or whatever you like to call them (maybe even "suicide Segway") driving around, we began to wonder, how they are powered and whether we can utilize their components, we began searching the net. We found some hub-motors salvaged from broken down Hoverboards and thought we might give it a try. The advantage of hub motors is the easy mounting and direct drive.