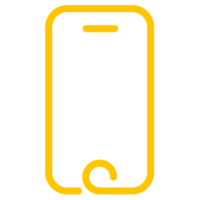 An experimental private 2G/GSM, 3G/UMTS, 4G/LTE network is provided via Osmocom during the Camp.

It is set up by the GSM/MOC (Mobile Operation Center). You can use the GSM network to place calls or send SMSs for free on the GSM and DECT networks.

Data will be provided over 3G and 4G only.

To be able to use the GSM network, you require a SIM card dedicated for the CCC event network.

Any SIM issued at any of the previous CCC events with a GSM network will automatically work. (There could be some problems if your phone you are using now has only 2G, when you used 3G on events before)

After you have obtained a suitable SIM,

The GSM and LTE frequencies have been generously provided by Telefonica for this event.

The UMTS frequency is from a band not used in Germany.

If you are interested in technical details you can drop by at the GSM tent next to the POC located in Village:Singularity_City.

We use sysmoBTS hardware as actual GSM BTS (Base Transceiver Station). The software on the sysmoBTS is the Free Software program OsmoBTS, developed under the Osmocom umbrella. OsmoBTS implements the GSM protocol layer 2 and interfaces towards the backend, OpenBSC using the A-bis over IP protocol in a dedicated VLAN of the switched Camp ethernet backbone.

you can find detailed Information about the software infrastructure in the

you can find detailed Information about the software infrastructure

The LTE network has been described in more details in a separate presentation at the singularity village. You can find the slides here.

The slides describing the overall network operation meant for the infrastructure review are available here.