Don’t miss out on our Chaos Ballett on Day 2

One of the acts where hiding them in the distance on the larger stages would be a shame, our content curation team “Art & Culture” recommends watching the Ballett! 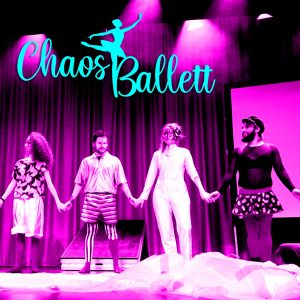 Chaos Ballett starts on Day 2 at 16oo sharp in Discotheque Nouveauancien, so be on time!

Between the rigorous form of ballet and the unpredictability of chaos the Chaos Ballett creates possible scenarios for the future. For example automated logging of altruism by technically recording and evaluating somatic processes. Interactions and responses are captured, made exploitable and recognizable with blockchain-based contracts.